My favorite statistician did it again! Just like in 2008, he predicted the presidential election results almost perfectly. For those that don’t know, Nate Silver is the statistician that runs the fivethirtyeight blog. He combines data from hundreds of polls, uses historical data to weigh them appropriately and then uses a statistical model to run simulations and predict outcomes.

While the pundits were claiming the race was a “dead heat”, the day before the election Nate gave Obama a 90% chance of winning. Several pundits attacked Nate (some attacks were personal) for his predictions and demonstrated their ignorance of Statistics. Jeff wrote a nice post on this. The plot below demonstrates how great Nate’s prediction was. Note that each of the 45 states (including DC) for which he predicted a 90% probability or higher of winning for candidate A, candidate A won. For the other 6 states the range of percentages was 48-52%. If Florida goes for Obama he will have predicted every single state correctly.

Update: Congratulations also to Sam Wang (Princeton Election Consortium) and Simon Jackman (pollster) that also called the election perfectly. And thanks to the pollsters that provided the unbiased (on average) data used by all these folks. Data analysts won “experts” lost. 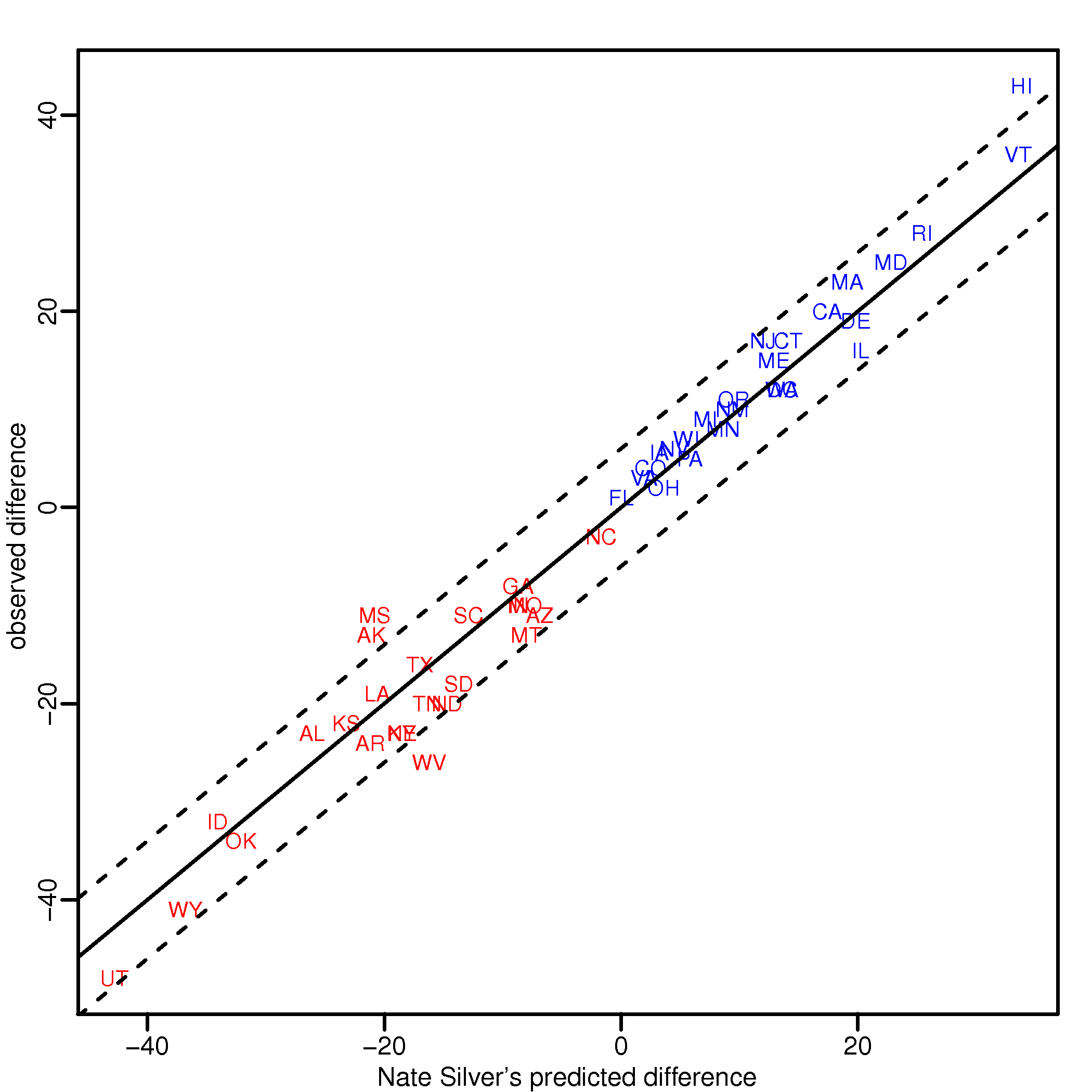