When colleagues with young children seeking information about schools ask me if I like the Massachusetts public school my children attend, my answer is always the same: “it’s great…except for math”. The fact is that in our household we supplement our kids’ math education with significant extra curricular work in order to ensure that they receive a math education comparable to what we received as children in the public system.

The latest results from the Program for International Student Assessment (PISA) results show that there is a general problem with math education in the US. Were it a country, Massachusetts would have been in second place in reading, sixth in science, but 20th in math, only ten points above the OECD average of 490. The US as a whole did not fair nearly as well as MA, and the same discrepancy between math and the other two subjects was present. In fact, among the top 30 performing countries ranked by their average of science and reading scores, the US has, by far, the largest discrepancy between math and the other two subjects tested by PISA. The difference of 27 was substantially greater than the second largest difference, which came from Finland at 17. Massachusetts had a difference of 28. 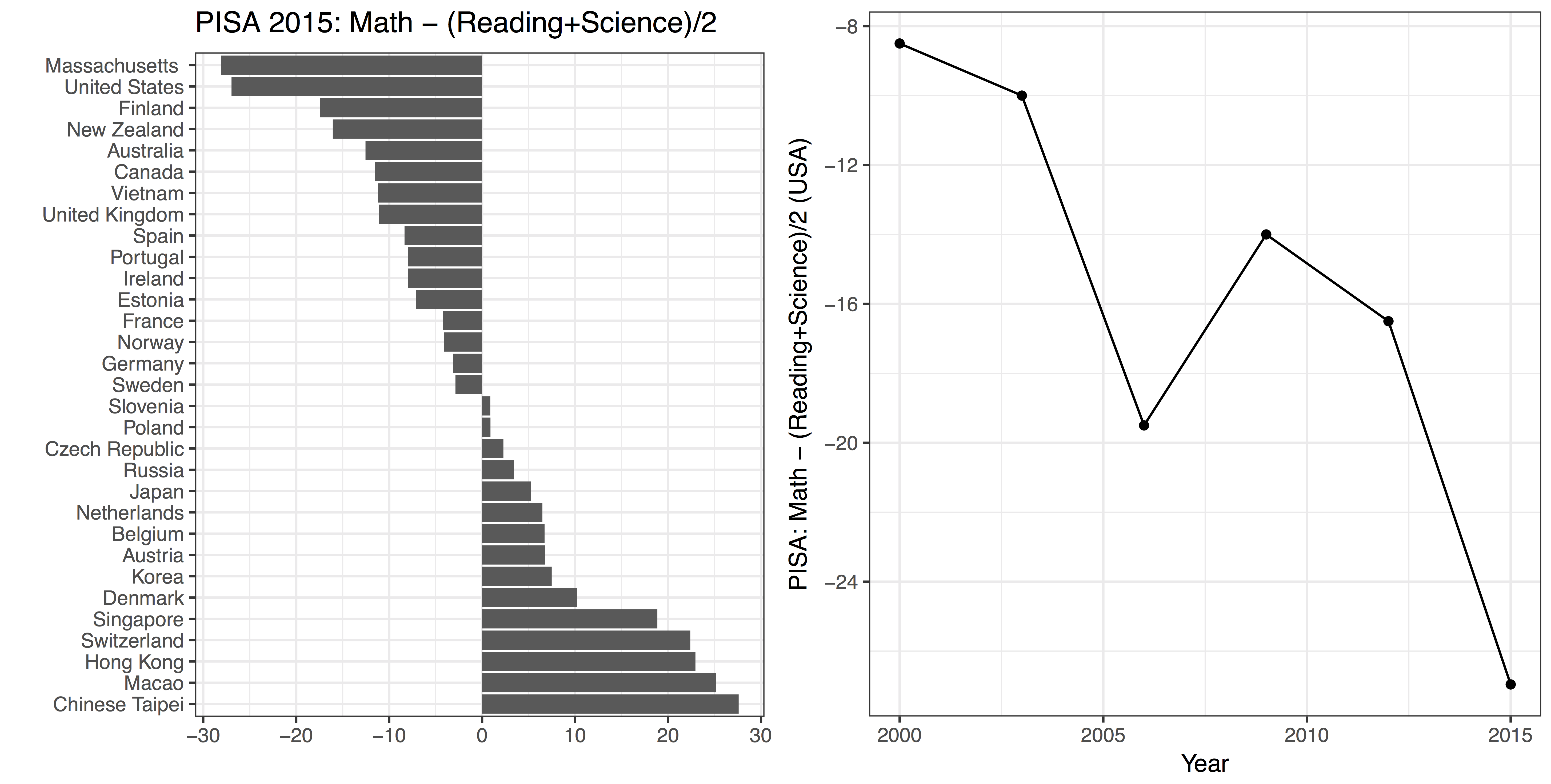 If we look at the trend of this difference since PISA was started 16 years ago, we see a disturbing progression. While science and reading have remained stable, math has declined. In 2000 the difference between the results in math and the other subjects was only 8.5. Furthermore, the US is not performing exceptionally well in any subject: 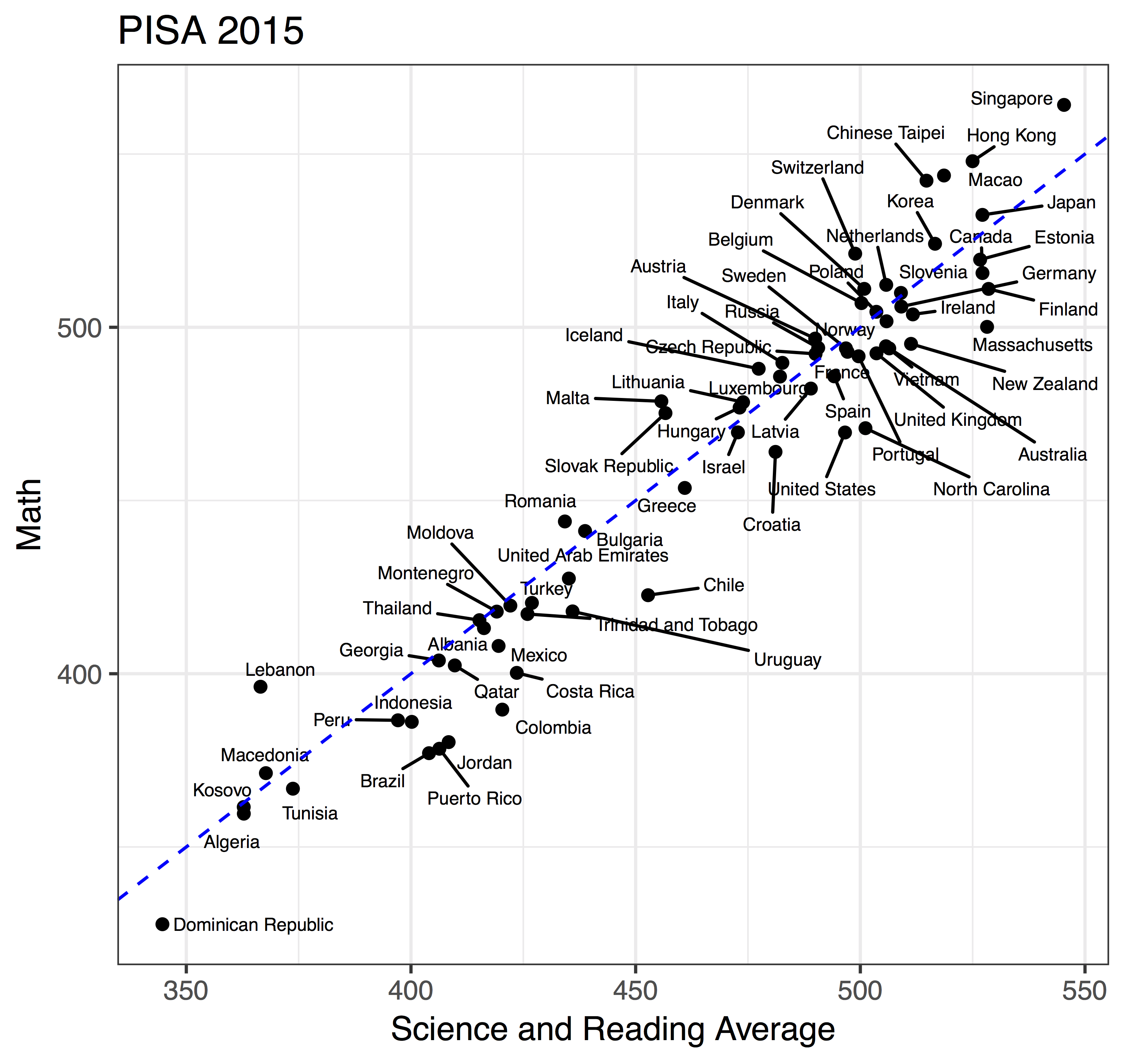 So what is going on? I’d love to read theories in the comment section. From my experience comparing my kids’ public schools now with those that I attended, I have one theory of my own. When I was a kid there was a math textbook. Even when a teacher was bad, it provided structure and an organized alternative for learning on your own. Today this approach is seen as being “algorithmic” and has fallen out of favor. “Project based learning” coupled with group activities have become popular replacements.

Project based learning is great in principle. But, speaking from experience, I can say it is very hard to come up with good projects, even for highly trained mathematical minds. And it is certainly much more time consuming for the instructor than following a textbook. Teachers don’t have more time now than they did 30 years ago so it is no surprise that this new more open approach leads to improvisation and mediocre lessons. A recent example of a pointless math project involved 5th graders picking a number and preparing a colorful poster showing “interesting” facts about this number. To make things worse in terms of math skills, students are often rewarded for effort, while correctness is secondary and often disregarded.

Regardless of the reason for the decline, given the trends we are seeing, we need to rethink the approach to math education. Math education may have had its problems in the past, but recent evidence suggests that the reforms of the past few decades seem to have only worsened the situation.

Note: To make these plots I download and read-in the data into R as described here.