Editor’s note: This is the first chapter of a book I’m working on called Demystifying Artificial Intelligence. The goal of the book is to demystify what modern AI is and does for a general audience. So something to smooth the transition between AI fiction and highly mathematical descriptions of deep learning. I’m developing the book over time - so if you buy the book on Leanpub know that there is only one chaper in there so far, but I’ll be adding more over the next few weeks and you get free updates. The cover of the book was inspired by this amazing tweet by Twitter user @notajf. Feedback is welcome and encouraged!

What is artificial intelligence? 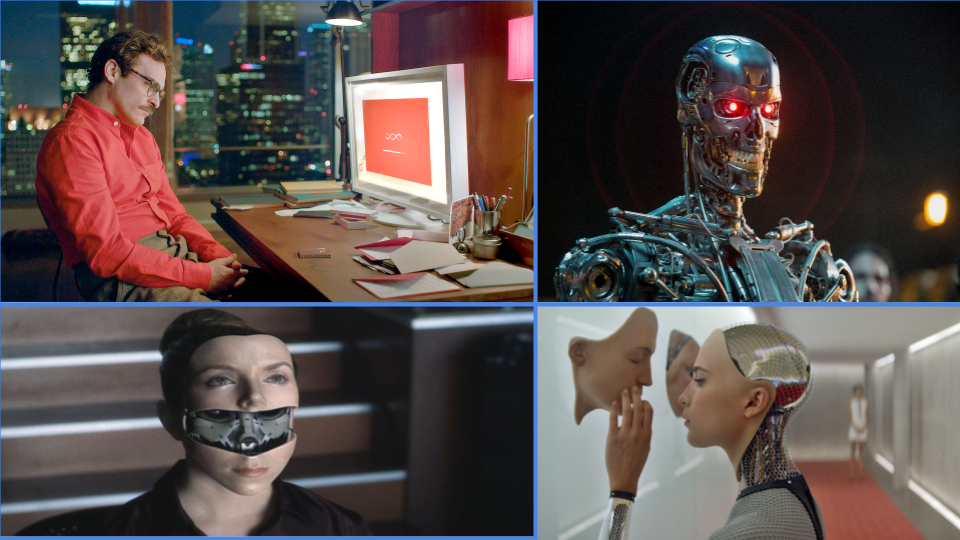 There is an understandable fascination and fear associated with robots, created by humans, but evolving and thinking independently. While this is a major area of ressearch (Laird, Newell, and Rosenbloom 1987) and of course the center of most people’s attention when it comes to AI, there is no near term possibility of this type of intelligence (Urban, n.d.). There are a number of barriers to human-mimicking AI from difficulty with robotics (Couden 2015) to needed speedups in computational power (Langford, n.d.).

One of the key barriers is that most current forms of the computer models behind AI are trained to do one thing really well, but can not be applied beyond that narrow task. There are extremely effective artificial intelligence applications for translating between languages (Wu et al. 2016), for recognizing faces in images (Taigman et al. 2014), and even for driving cars (Santana and Hotz 2016).

But none of these technologies are generalizable across the range of tasks that most adult humans can accomplish. For example, the AI application for recognizing faces in images can not be directly applied to drive cars and the translation application couldn’t recognize a single image. While some of the internal technology used in the applications is the same, the final version of the applications can’t be transferred. This means that when we talk about artificial intelligence we are not talking about a general purpose humanoid replacement. Currently we are talking about technologies that can typically accomplish one or two specific tasks that a human could accomplish.

While modern AI applications couldn’t do everything that an adult could do (Baciu and Baciu 2016), they can perform individual tasks nearly as well as a human. There is a second commonly used definition of artificial intelligence that is considerably more narrow (Wikipedia contributors 2017b)

… the term “artificial intelligence” is applied when a machine mimics “cognitive” functions that humans associate with other human minds, such as “learning” and “problem solving”.

As soon as it works, no one calls it AI anymore…

This task used to be considered “artificial intelligence” (Pavlidis, n.d.). It was surprising that a computer could perform the tasks of recognizing characters and addresses just based on a picture of the letter. This task is now called “optical character recognition” (Wikipedia contributors 2016). Many tutorials on the algorithms behind machine learning begin with this relatively simple task (Google Tensorflow Team, n.d.). Optical character recognition is now used in a wide range of applications including in Google’s effort to digitize millions of books (Darnton 2009). 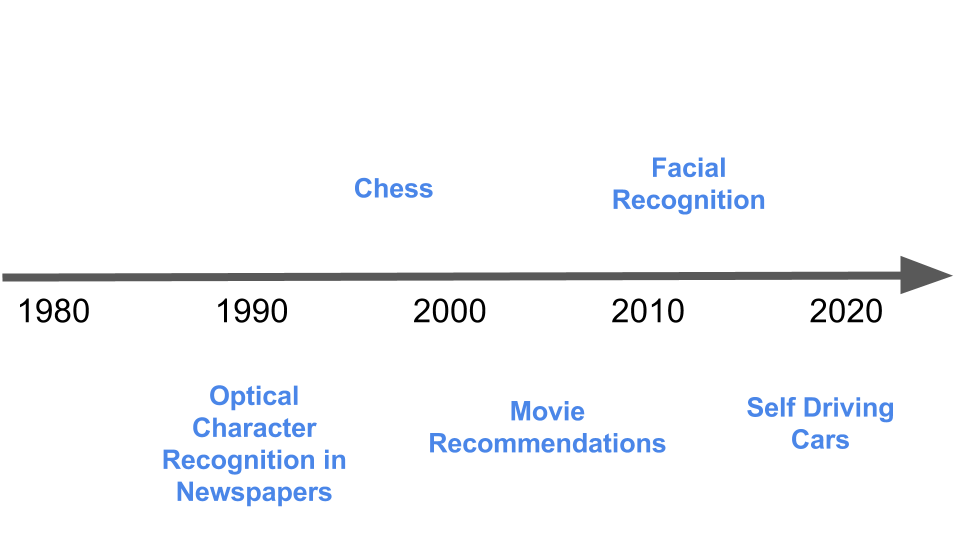 Over the last two decades tasks from optical character recognition, to facial recognition in images, to playing chess have started as artificially intelligent applications. At the time of this writing there are a number of technologies that are currently on the boundary between doable only by a human and doable by a computer. These are the tasks that are considered AI when you read about the term in the media. Examples of tasks that are currently considered “artificial intelligence” include:

Just as it used to be with optical character recognition, self-driving cars and facial recognition are tasks that still surprise us when performed by a computer. So we still call them artificially intelligent. Eventually, many or most of these tasks will be performed nearly exclusively by computers and we will no longer think of them as components of computer “intelligence”. To go a little further we can think about any task that is repetitive and performed by humans. For example, picking out music that you like or helping someone buy something at a store. An AI can eventually be built to do those tasks provided that: (a) there is a way of measuring and storing information about the tasks and (b) there is technology in place to perform the task if given a set of computer instructions.

The first definition describes a technology that we are not currently faced with - fully functional general purpose artificial intelligence. The second definition suffers from the fact that it is relative to the expectations of people discussing applications. For this book, we need a definition that is concrete, specific, and doesn’t change with societal expectations.

We will consider specific examples of human-like tasks that computers can perform. So we will use the definition that artificial intelligence requires the following components:

This definition encompases optical character recognition and all the more modern examples like self driving cars. It is also intentionally broad, covering even examples where the data set is not large or the algorithm is not complicated. We will use our definition to break down modern artificial intelligence applications into their constituitive parts and make it clear how the computer represents knowledge learned from data examples and then applies that knowledge. 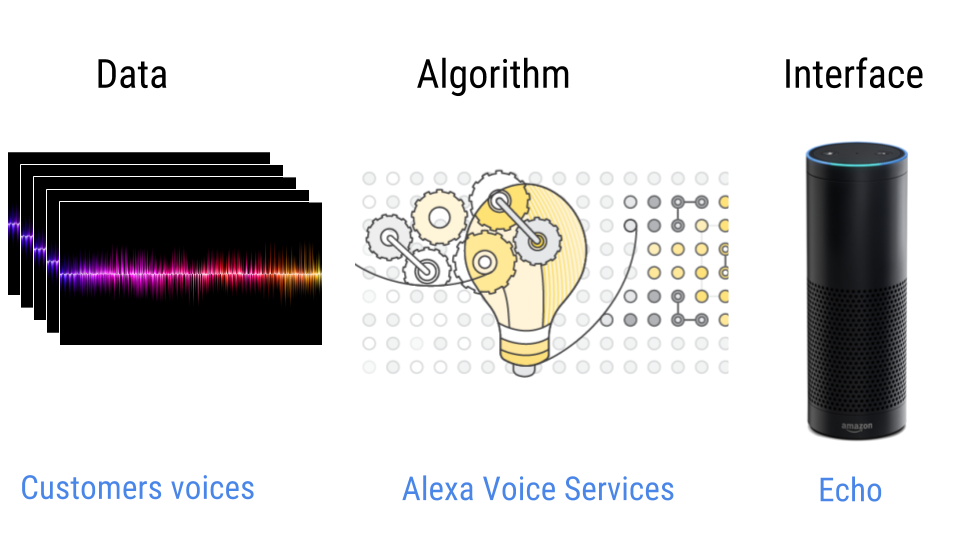 First, the cost of data storage and collection has gone down steadily (Irizarry, n.d.) but dramatically (Quigley, n.d.) over the last several years. As the costs have come down, it is increasingly feasible for companies, governments, and even individuals to store large collections of data (Component 1 - The Data). To take advantage of these huge collections of data requires incredibly flexible statistical or machine learning algorithms that can capture most of the patterns in the data and re-use them for prediction. The most common type of algorithms used in modern artificial intelligence are something called “deep neural networks”. These algorithms are so flexible they capture nearly all of the important structure in the data. They can only be trained well if huge data sets exist and computers are fast enough. Continual increases in computing speed and power over the last several decades now make it possible to apply these models to use collections of data (Component 2 - The Algorithm).

Finally, the most underappreciated component of the AI revolution does not have to do with data or machine learning. Rather it is the development of new interfaces that allow people to interact directly with machine learning models. For a number of years now, if you were an expert with statistical and machine learning software it has been possible to build highly accurate predictive models. But if you were a person without technical training it was not possible to directly interact with algorithms.

Or as statistical experts Diego Kuonen and Rafael Irizarry have put it:

The big in big data refers to importance, not size 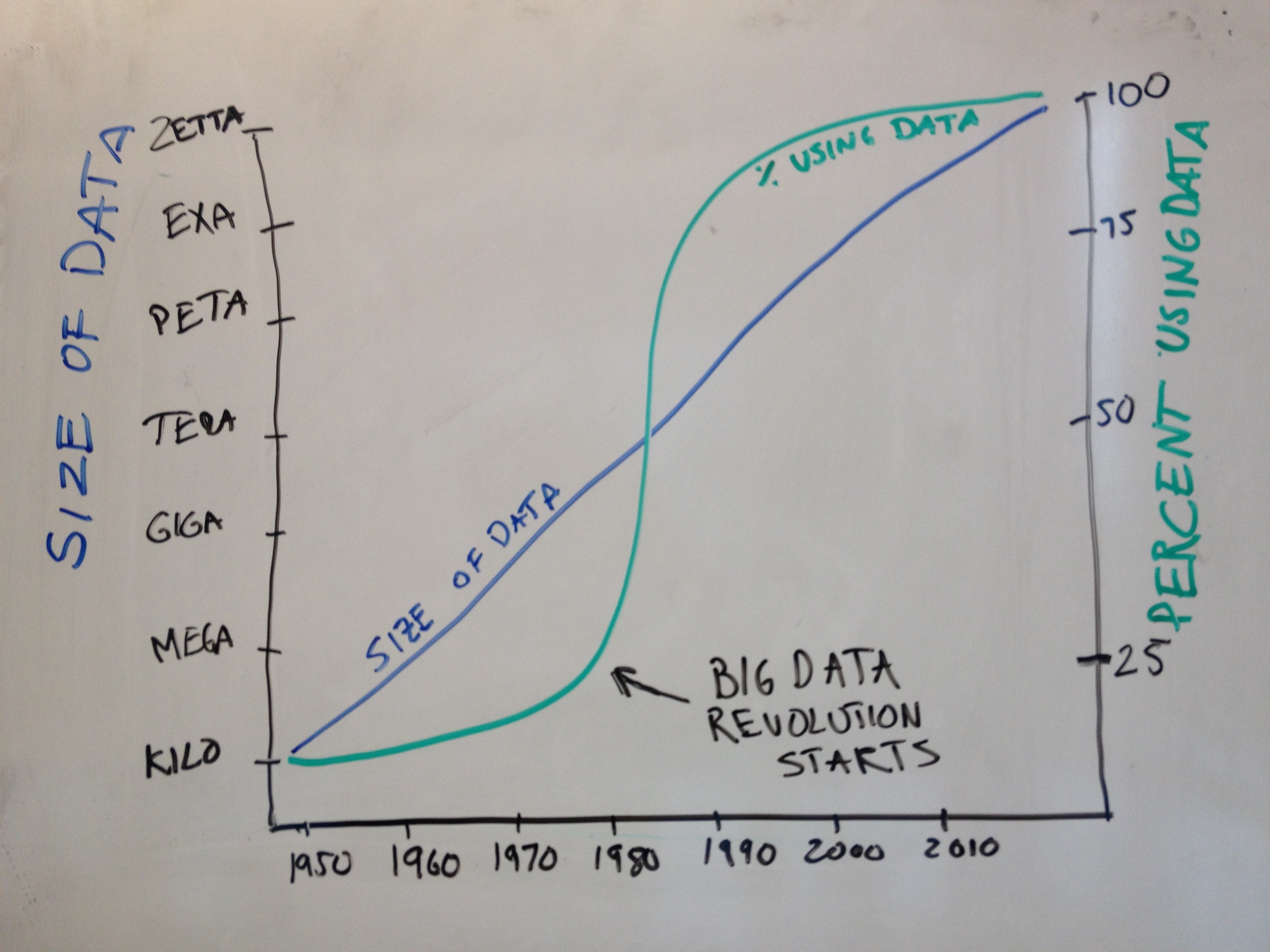 The explosion of interfaces for regular, non-technical people to interact with machine learning is an underappreciated driver of the AI revolution of the last several years. Artificial intelligence can now power labeling friends on Facebook, parsing your speech to your personal assistant Siri or Google Assistant, or providing you with directions in your car, or when you talk to your Echo. More recently sensors and devices make it possible for the instructions created by a computer to steer and drive a car.

These interfaces now make it possible for hundreds of millions of people to directly interact with machine learning algorithms. These algorithms can range from exceedingly simple to mind bendingly complex. But the common result is that the interface allows the computer to perform a human-like action and makes it look like artificial intelligence to the person on the other side. This interface explosion only promises to accelerate as we are building sensors for both data input and behavior output in objects from phones to refrigerators to cars (Component 3 - The interface).

This definition of artificial intelligence in three components will allow us to demystify artificial intelligence applications from self driving cars to facial recognition. Our goal is to provide a high-level interface to the current conception of AI and how it can be applied to problems in real life. It will include discussion and references to the sophisticated models and data collection methods used by Facebook, Tesla, and other companies. However, the book does not assume a mathematical or computer science background and will attempt to explain these ideas in plain language. Of course, this means that some details will be glossed over, so we will attempt to point the interested reader toward more detailed resources throughout the book.

Quigley, Robert. n.d. “The Cost of a Gigabyte over the Years.” http://www.themarysue.com/gigabyte-cost-over-years/.

Urban, Tim. n.d. “The AI Revolution: How Far Away Are Our Robot Overlords?” http://gizmodo.com/the-ai-revolution-how-far-away-are-our-robot-overlords-1684199433.