I read two blog posts on AI over the Thanksgiving break. One was a nice post discussing the challenges for AI in medicine by Luke Oakden-Rayder and the other was about the need for increased focus on basic research in AI motivated by AlphaGo by Tim Harford.

I’ve had a lot of interactions with people lately who want to take advantage of machine learning/AI in their research or business. Despite the excitement around AI and the exciting results we see from sophisticated research teams almost daily - the actual extent and application of AI is much smaller. In fact, most AI usually ends up being humans in the end.

While the promise of AI/ML has never been clearer, there are still only a handful of organizations that are using the technology in a major way. Sometimes even apparent success stories turn out to be problematic. 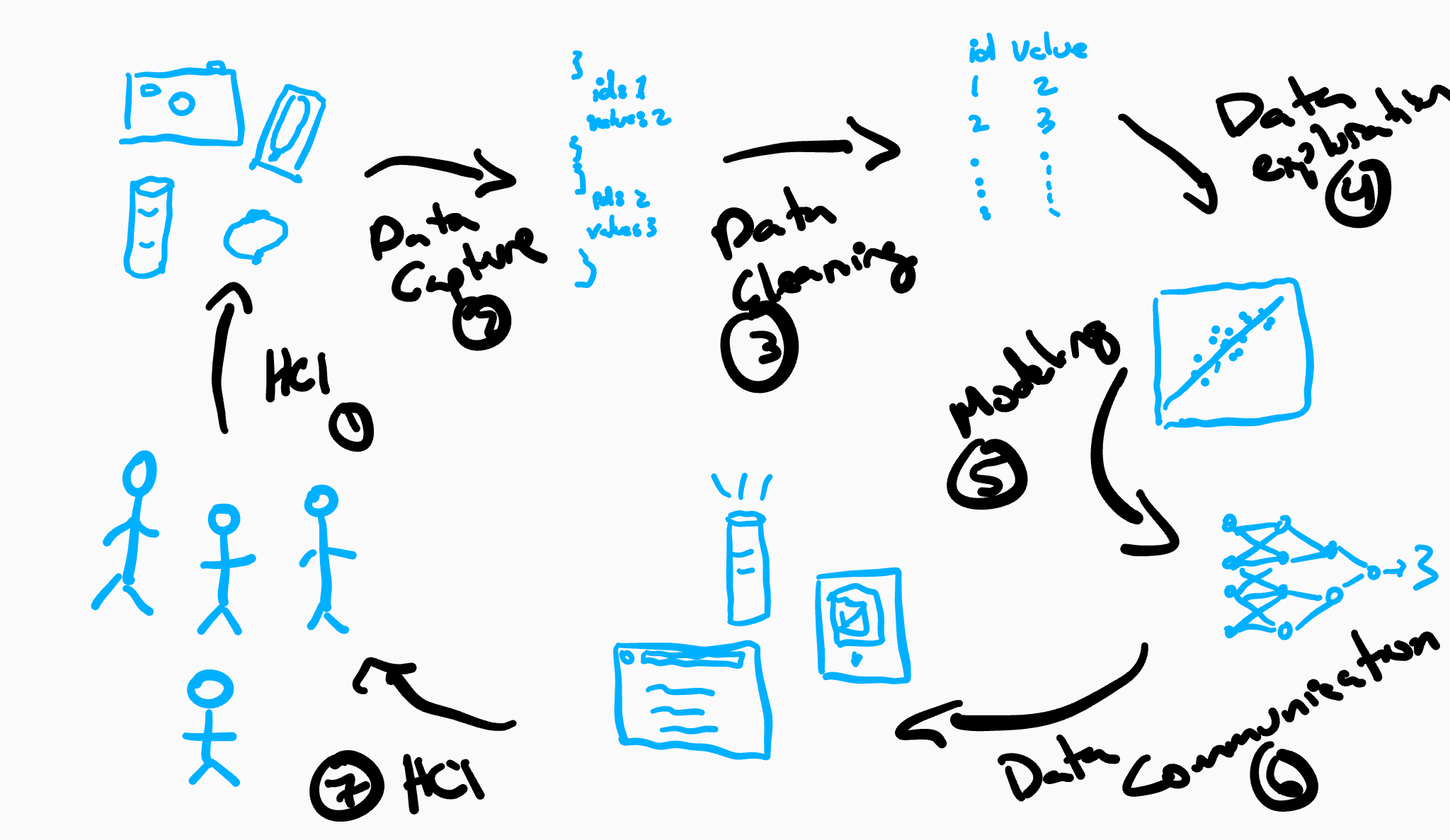 To develop an AI application you need a few things:

I think that a lot of attention is focused on step 6 and how costly talent is for designing AI algorithms. I think for the big players where a lot of the other steps have been solved this is for sure the limiting factor and it is no wonder that the talent war is fierce.

But I think that for 95% of organizations - whether they be researchers, businesses, or individuals the problem isn’t in developing the algorithm. A random forest can be fit with one line of R code and while it won’t be as accurate as an expertly trained neural network on a gigantic training data set, it will be really useful.

So I think that most of the roadblocks to the democratization of AI are actually in the other steps and in particular the “glue” between the steps. For example:

I think a lot of these barriers come down to the fact that for the most part we don’t have strict standards for data capture/tidying/organization/use that are used across organizations. We also don’t have the “glue” steps between each of these components automated. So while I think that the algorithms for AI will continue to develop rapidly in accuracy and range, for organizations to keep up they will need a lot more than just a way to fit the latest model. The reason that I think some organizations are leaping so far ahead is that they already have spent a huge amount of time thinking about all the Steps but the model fitting, so now they can focus their time/energy/resources on making algorithms do things we didn’t imagine were possible.